Ma and Musk agree; it is population collapse not expansion that will be the problem

While two AI titans were disagreeing about AI, the one thing they did agree on was the issue of population collapse. 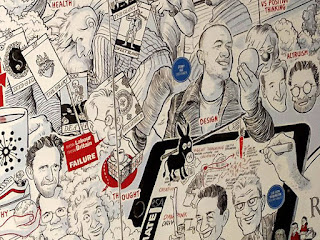 Population collapse not expansion is, according to Ma and Musk at the World AI Conference (WAIC) this week in Shanghai, the big problem humans will face. So not the fact that AI will think faster and dispense with humans, suggesting that we are merely ‘boot loaders’ for a higher intelligence, no that is not the main concern. The concern is that there won’t be any humans at all.

I am amazed, everything I have learned or used as a measure of the planets resources and ability to sustain us has been based on the uncontrolled explosion of humankind and a rocketing population.

At our recent ASN:Discussion about the future of work we discussed immigration control and its impact on an available workforce, among other things. The scarcity of workers will continue to challenge our ability to progress as a society. Changing current discourse is difficult enough but introducing the idea of population collapse will be even harder.

This will take a long time to digest but truely changes the dynamic for all of us.

Join us for our next discussion, The unfinished fable of the sparrows, on working with powerful unformedtheories and ideas.