ASN: Podcast - Beyond Systems… Being and belonging (52 Mins)

Most left-handed people appreciate the fact that only ‘Left-Handed Scissors’ work effectively regardless of how you hold them, yet right-handed people are generally unaware that ‘regular’ scissors are clumsy for a large percentage of the population.

There’s hundreds of other examples of similar issues with varied impact, so what can be done to facilitate growth in awareness for those issues commonly considered to be experienced by a minority? June’s session focused on ‘drive to inclusion’ with an exploration into systems aiming to overcome exclusion and disenfranchisement.

While much work is yet to be done, how can we best position ourselves individually to not reinforce the ingrained obstacles (internally and externally) that appear even when the best intentions and technologies are in play? There’s no hiding from the intrinsic and systematic tripping points that have been placed over the past few decades/centuries/millennia. In this conversation, we turn the tables and ask, ‘how do you show up?’

PART ONE - Can technology help us build a new world? As we re-imagine how we want to live, and work together post pandemic 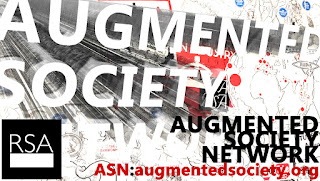 April 23, 2020 11:00 AM – 12 noon PST Please join us for an ASN: Discussion No one fully understood the impact the pandemic would have; and we’ve got an exciting road ahead as we continue to come to grips with it. We can learn so much about the way we think and behave in times like these. What if we used this enormous disruption as an opportunity? Listening for an ‘emerging future’ is a term coined by Otto Scharmer (Theory U), as he said, in relation to the Covid-19 pandemic, ‘it is almost made for this moment’. Disruption has two sides and we are surrounded by new and vastly different choices, but we can and will change the way we live and adapt quickly. What will that adaption be? What can we do to take advantage of the enormous upheaval? Does this evolution require technology, or provide a chance to “let it go”? We talk about people being creative and needing to have new skills to live and work, but now that really does mean venturing deeply into the unknown. Understanding how
Read more

Your thoughts on the future of education and learning

We have been working with a global team exploring what may be the world’s first ‘Open Source’ Blueprint for the future – focusing on lifelong learning for the whole of society. It would be fantastic if you could take a moment to share your thoughts, or if you have children, their thoughts, on education/learning in the 21st Century for inclusion in the project: An Opportunity to Reimagine Learning. Add Quotes here: https://lnkd.in/gWup3Jj The RSA’s Augmented Society Network brought educators, technologists, entrepreneurs and visionaries from five continents together to write, edit, and discuss learning in its current form, the pandemic’s impact on it, and dreams for the future of gaining knowledge.
Read more

21st October, 2021 11AM LA / 2PM NY / 7PM UK Register in advance The rapid pace of programming and development for all types of products mixed with reconfigured views on control and oversight have keyed up all of society for either a breakthrough or breakdown. Whether we’re considering open-source properties, municipal improvements or freemium products and APIs, the questions of “Who owns this?” or “Who is responsible?” or even “Do I continue (or want) to benefit for free?” are pushing us ever-closer to an inflection point with global repercussions. Social Media entities provided free environments that have truly tested our comfort in utilizing “free.” Government infrastructure projects such as South Korea’s deployment of high-speed connectivity provided a platform for spectacular business growth in all sectors on the government’s dime, while other global economies struggle with debate over competitive free-trade capitalism. All in, we’ve reached a point where the global barri
Read more